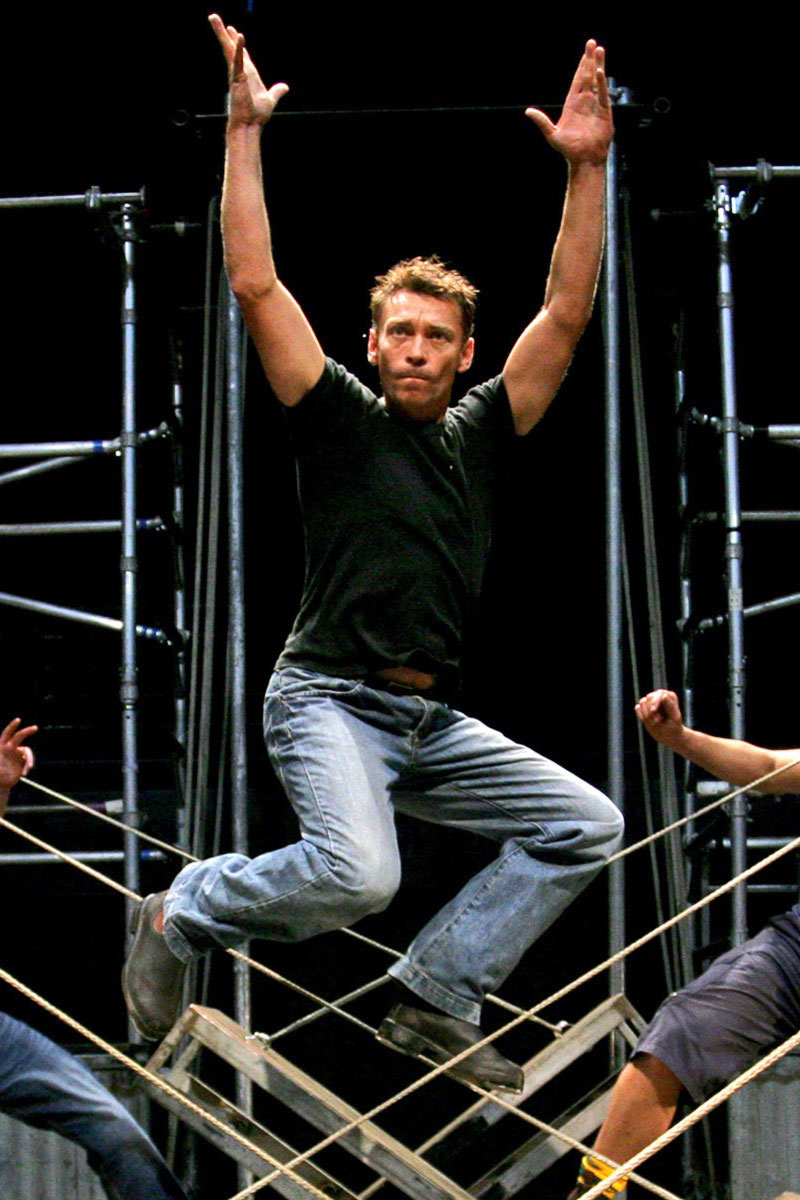 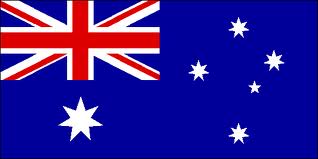 Dein Perry has been at the forefront of the Australian entertainment industry for over three decades. Dein revolutionised tap dancing around the world when he created the genuine show business phenomenon TAP DOGS, a contemporary show built around the themes of Dein’s industrial experience growing up in Newcastle.

For 10 years Dein worked in musical theatre that eventually led to Dein’s big break where he was cast in a principal role in 42nd STREET. In 1991 Dein was awarded an Australia Council Development Grant and formed the Tap Brothers, a very early incarnation of TAP DOGS. Following on from this Dein was offered the chance to co-choreograph and star in the West End musical, HOT SHOE SHUFFLE. The Tap Brothers became the stars of HOT SHOE SHUFFLE. This production earned Dein his first Olivier Award in 1995 and won the Australian Green Room Award for Best Choreography in 1995. During this time Dein was invited to produce a seminal film clip for the ABC arts programme PERFORMANCE SPACE. This clip was called TAP DOGS and introduced the world to Dein’s dynamic innovative style of industrial tap. The clip went on to win the International Video Dance Competition Prize in the City of Strasbourg in 1994. The TAP DOGS journey had commenced.

Later in 1994 Dein conceived and choreographed the full stage show TAP DOGS, which was the hit of the 1995 Sydney Festival and caused an equal sensation at the Edinburgh Festival later that year, winning the Glasgow Herald Angel Award. Dein Perry was awarded his second Olivier Award back to back - the youngest person ever to do so. TAP DOGS has received over 11 international awards, including a 1997 New York Obie Award for Best New production Off Broadway, and the Pegasus Award from the Spoleto Festival.

January 1998 saw the world premiere of DEIN PERRY’S STEEL CITY, at Star City, Sydney Casino. STEEL CITY was conceived, directed, choreographed and performed by Dein, with music by Tim Finn, a cast of thirteen and four musicians. The show toured Australia during 1998 before playing a special season at Radio City Music Hall in New York.

Dein was employed as a segment producer for the celebrated SYDNEY 2000 OLYMPICS OPENING CEREMONY. Dein devised, choreographed and co-directed the tap sequence ETERNITY, consisting of 1300 dancers.

Dein Perry’s TAP DOGS has since performed in over 500 cities and dazzled audiences in excess of 12 million. TAP DOGS enjoyed uninterrupted touring across the globe with troupes simultaneously performing in the United States and across Europe. In 2005 TAP DOGS celebrated their 10th anniversary with Dein Perry returning to the stage delivering a sell out national tour of Australia.

In 2006 Dein directed DAVID CAMPBELL - WILD WITH STYLE, produced by New Theatricals. WILD WITH STYLE enjoyed a sell out season at the Sydney Opera House. In the same year, Dein produced the Darling Harbour WINTER CONCERT Series for the Sydney Harbour Foreshore.

Dein Perry was invited to join forces with HUMAN NATURE as the group’s Director for their 2007 National Motown Arena Spectacular Tour. In the same year, Dein was a Creative Producer for the AUSTRALIA DAY Darling Harbour Spectacular.

2007 saw Dein Perry appointed as the Game Day and Special Events Producer for the SOUTH SYDNEY RABBITOHS Leagues Club. Dein continues to produce games for this club, and is also the Game Day Producer for the MANLY SEA EAGLES. Dein is Show Caller for the PARRAMATTA EELS and the NEWCASTLE KNIGHTS. He has also had the honour of Show Calling the NRL Final, State of Origin and was invited to be the show caller for the AFC - Asian Cup games and the Final. (World Cup Soccer 2015)

In conjunction with Cambridge Events, Dein was Creative Director for the 2008 NRL GRAND FINAL entertainment and the 2010 NRL DALLY M AWARDS. Dein Produced, Directed and Choreographed the entertainment at the opening match of the 2008 NATIONAL RUGBY LEAGUE CENTENARY at ANZ Stadium with 1000 performers.

In 2009 Dein was Creative Director for the Darling Harbour AUSTRALIA DAY FIREWORKS SPECTACULAR and worked on the 2018 WORLD CUP SOCCER BID CAMPAIGN. Dein directed and choreographed dance routines involving hundreds of dancers for the 2009 WORLD MASTERS GAMES OPENING and was Choreographer and Creator of the pre-grid entertainment for the V8 SUPERCAR Event. In addition, Dein was Director on the dance show, THE NEXT STEP which involved a fusion of different dance styles.

To ensure the unique TAP DOGS style continues well into the future, Dein Perry established a new breed of young dancers known as the TAP PUPS. Dein administers Tap Schools for children in Sydney and Newcastle. There are over 200 Tap Pups enrolled and many have performed alongside TAP DOGS at national events. In 2011 Dein choreographed a dance routine for the ABC television show DANCE ACADEMY. The episode featured 10 TAP PUPS.

TAP DOGS toured North America and Canada in 2009, 2010, 2011 and 2012. Following the success of the US/Canadian tour, the rebranded Tap Dogs, with new staging and unstoppable energy, returned to the West End of London for a sell out season at the Novella Theatre TAP DOGS returned home in 2011 for an exclusive Sydney season at the Capitol Theatre.

Dein Perry was engaged by Imagination Australia as the Performance Director of the 2011, 2012, 2013 and 2014 Sydney New Year’s Eve celebrations. Dein was responsible for providing creative direction for the performance aspects at the Lord Mayor’s Party on the Sydney Opera House Northern Forecourt and the entertainment area at Dawes Point. Dein was engaged by Imagination Asia to be the Creative Director for the Ford Sync Launch at the 2012 Auto China event in Beijing, the launch of the Jaguar Land Rover at Crown Casino Melbourne in 2013 and choreographer of the Lincoln Continental launch in Beijing in 2015.

TAP DOGS toured through Lyon, Italy and Taiwan in 2012 followed by a triumphant regional tour of Australia. TAP DOGS concluded the regional tour with a 16 week residency at Jupiter’s Casino on Australia’s Gold Coast before heading back to South Africa in 2013. In the same year TAP DOGS was awarded the Outstanding Achievement in Commercial Dance or Musical Theatre by the Australian Dance Awards.

2013 marked HOT SHOE SHUFFLE’s 21st birthday. To celebrate this milestone, David Atkins and Dein Perry teamed up once again in the rehearsal room to recreate a new version of the award-winning musical. David Atkins Enterprises toured the production through Capital Cities of Australia. Dein Perry again wins the Green Room Betty Pounder Award for Excellence in Choreography for HOT SHOE SHUFFLE (with David Atkins) in 2014.

In 2013 Dein Perry was engaged to choreograph the opening credit sequence of the Indian Cinema Feature Film DHOOM 3 starring Aamir Khan. Dein’s work combines the use of his revolutionary rhythms and the magic of Bollywood to create a powerful and unforgettable opening sequence.

For the first time in 18 years the original cast of TAP DOGS reunite to perform on the finale episode of SO YOU THINK YOU CAN DANCE AUSTRALIA 2014. New Year’s Eve 2014 saw three generations of TAP DOGS performing at the prestigious Sydney Lord Mayor’s Party on the forecourt of the Sydney Opera House with the acclaimed Sydney Harbour fireworks as their backdrop. This was the perfect event to kick start the 20th Anniversary celebrations.

TAP DOGS launched their new international tour at the Grand Arena in Cape Town South Africa in 2018. This return to the stage introduced LED screens and projections that enhanced the existing trademark industrial set and heightened the electrifying tap dance and live music. The new show continued to tour in 2018 – 2019 with return seasons in the West End, China and over twenty cities in North America. Dein Perry’s TAP DOGS remains Australia’s greatest stage export.

Dein was invited back to Nevada by Spiegelworld CSC LLC in 2019 to choreograph a piece for their new show OPIUM at The Cosmopolitan of Las Vegas.